The FAJAR Indoor Farming technology is based on hydroponics and advanced LED lighting. Hydroponics is a soil-free cultivation technique. Hydroponic systems are ideal for the commercial grower, as they are highly efficient and require low capital, while producing higher yields with less labour input.

The system can cheaply and easily produce quality vegetables and fruit almost all year round. The roots grow down through a cup. The nutrient solution is pumped into the cell medium, floods the root zone for a short time, and is then allowed to drain back into the reservoir.

Each regime for the specific crop is scripted providing the most efficient use of water and nutrients and may be easily tuned via apps by computer/ smartphone.

There is no need in additional weeding and cultivation. On the other hand, the main responsibility of the indoor farm user is a regular water changing once a week. Fresh water which is put into an appliance reservoir is to be mixed with nutrients composing a nutrient solution feeding plants for a week. Nutrients are one of the basics of any hydroponic system.

In order for a fertilizer to be incorporated into a hydroponic system it must be soluble in water. If not, the plant cannot access it. With hydroponics the grower has complete control over the implementation of fertilizer, regarding type and concentration. They also have the ability to immediately monitor and maintain a relative consistency, provided a nutrient meter is available.

The composition of the nutrients is important and there are over twenty elements that are needed for a plant to grow.

Carbon, hydrogen and oxygen are absorbed from the air and water. The rest of the elements, called mineral nutrients, are dissolved in the nutrient solution and need to be in the correct ratios. Any good hydroponic nutrient should contain all of these elements: Nitrogen (N), Potassium (K), Phosphorous (P), Calcium (Ca), Magnesium (Mg), Sulphur (S), Iron (Fe), Manganese (Mn), Copper (Cu), Zinc (Zn), Molybdenum (Mo), Boron (B), Chlorine (Cl).

For the most part, this is taken care of with any pre-formulated commercial hydroponic nutrients.

Contrary to the sun, traditional assimilation lighting, LED lighting only omits one color of light. No energy is wasted with light spectra that are not used by the plant. As such, the new lighting technology provides the correct lighting colors plants need for photosynthesis-blue, red, and infrared light.

LED lights are revolutionizing the way of plants cultivation with numerous advantages as growth stimulation, energy efficiency, and adjustable wavelength. This is the range of light that photosynthetic organisms can use for photosynthesis.

Moreover, the light units are calibrated to create an ideal microenvironment by producing high-quality lighting that is similar to daylight. These units are also long lasting, with a life span of about one decade, and are sold at affordable prices.

Chlorophyll is a pigment in plants and the most common, it is most efficient at utilizing red and blue light. There are other pigments in plants known as carotenes and xanthophylls which utilize green light within the photosynthetic process but you can see that plants do not use much of this light as leaves are green meaning they are reflecting that coloring.

In this case, the length of light waves at 430-460nm and 630-660nm estimated that due to the length of the light wave is ideal for the photosynthesis of plants and also help in the growth.

What is an Indoor Farming?

Indoor farming or sometimes known as vertical farming referred to the new agricultural and agricultural technology methods, which combines the design of farms and structures with several levels of growing beds, often lined with artificial lights. Many have implemented this model in new and old buildings, including warehouses that repurposed for agricultural activities.

Indoor farming also can take place on the rooftops of old and new buildings, atop commercial and residential structures.

Examples of indoor/vertical farming it can be found dating back:

Governments looking for ways to boost domestic food security have been funding these endeavors. Numerous countries including Korea, Japan, China, Germany, the United Arab Emirates, China, France, India, Sweden, Singapore, and the United States, have convened to discuss vertical farming. They have repeatedly endorsed the concept as integral to the long-term sustainability of their cities.

The vertical farm is considered to promote sustainable agricultural practices more than that by conventional farming, which refers to large scale, outdoor agriculture that embraces systems that engage heavy irrigation, intensive tillage and excessive use of fertilizers, pesticides, and herbicides.

What can be Planted?

Malaysia Agro Food Sector Market being targeted to grow at 5.4% per annum in the 11th Malaysian Plan (2016-2020). However, Malaysia Productivity Report 2017/2018 has reported a lower value-added generated by the agro- food sub-sector, whereby it has only grown by 1.9% in 2017. This is much lower compared to the overall agriculture sector’s performance which is 7.2%.

According to the FAOSTAT, the highest cultivation area in Malaysia is for watermelon with 12,009 ha, followed by cucumber at 4,630 ha, spinach at 4043 ha, brassicas at 3546 ha and chili and sweet pepper at 2870 ha. Cultivation of tomatoes is low at 1988 ha probably because of inadequate growing conditions.

Some of the key productivity challenges for the sector include:

Other issues faced by the agro-food subsector are as follows:

In general, the industry has experienced a decrease in productivity and self- sufficiency ratio for some of the key food products.

Food security is a global issue that concerns every nation.. On the other hand, despite the increase of agricultural land, the land capable of being plough and used to grow agro-food crops is projected to decrease 2.2% from 870,000 hectares in 2010 to 825,000 hectares in 2020.

It addresses issues and challenges faced by every industry under the agro-food sector, sets strategies and action plans. The NAP4 covers a period between 2011 and 2020. The objectives of the NAP4 are:

The policy was developed based on eight main ideas that are critical for the development of the agricultural sector in Malaysia as follows:

The NAP4 identified four main issues and challenges that affected the performance of the agricultural sector in Malaysia. They are:

New Direction for the Agriculture Sector

The document highlights a five-point food security plan, 18 strategies and 51 initiatives that aims to strengthen the implementation of the National Agrofood Policy 2011-2020.

The new direction was announced by its new Minister, Salahuddin Ayob on 14 February 2019. This action plan is geared towards ensuring national food security and boosting revenue in the agricultural sector. 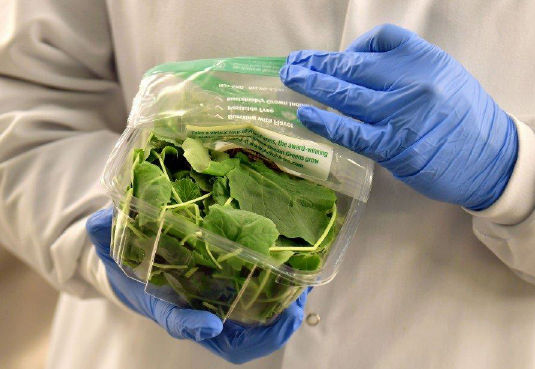 All plants are grown indoors as close to the city centre as possible. Babylon also heavily emphasizes on being an eco- friendly company as we aim to minimize water usage up to 90% less water than traditional farming.

By reinvesting profits for research and development, Babylon aims to engineer and build low cost vertical farms in impoverished areas of ASEAN so we can help to eliminate hunger caused by unfavourable farming and economic conditions.

Naza Agro and YesHealth Agri-Technology Co Ltd, Taiwan signed a joint venture agreement for the establishment of a joint venture with an investment of RM35 million for the development of a technologically-advanced vertical farming business in the country.

We able to turn any run down factories, abandon buildings, bare land or used container into indoor farming units as long as its save for occupation.